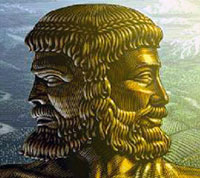 So, that’s 2007 over with. Is it just me getting old, or did the past year go by even quicker than normal?

Amongst other things, 2007 was (for me at least) the year of Ruby. Obviously Rails had already been around for a while, and the language itself even longer, but they both seemed to be popping up all over the place last year, and gaining acceptance where they had previously been ignored as not mature or “enterprisey” enough. It’ll probably still be a while before large companies look at Ruby and Rails in the same way they currently look at Java and J2EE, but at least in my little corner of a large company I was able to spend the whole year writing Rails apps. It doesn’t look like there’s going to be any slacking of the pace in 2008 either, with the last few weeks of 2007 seeing the release of Rails 2.0, RSpec 1.1, Ruby 1.9 and JtestR (the last of which should be cool for Ruby people still stuck in a Java world).

It was also the year of ‘social networking’ websites in general, and Facebook in particular. Halfway through the year they introduced their developers’ API, and the web was awash with people praising their openness. Over the following months people started to realise that that ‘openness’ was very much one way, intended to get your applications running on their platform rather than allowing users to expose their data on the Web, and much of the shine wore off. Of course, most of us still use it now and again (if only to play Scrabulous), and there are a few signs that they’re starting to open the door to the Web ever-so-slightly in the other direction, so we’ll see what happens. There’s also OpenSocial to keep an eye on, of course, with Google so far managing to stay just on the right side of the good/evil line (all-seeing eye notwithstanding).

At the lighter end of the social networking scale, the star of 2007 was undoubtedly Twitter. Never has something so simple and apparently pointless been so intriguing and useful. Their business model (at least in the UK) is still a mystery though.

Some would say that 2007 was the year when Agile Software Development finally crossed into the mainstream. Unfortunately I tend to side more with Simon and Gus, and call it the year of compromised agile. It seems that for many large companies ‘agile’ has just become another buzzword. They talk about ‘enterprise scale agile’ and introduce a few of the easier, non-technical practices (daily stand-ups, retrospectives and so on), and put off making the real changes that are required for a truly agile organisation (co-located self-organising teams, daily customer involvement, devolution of decision-making, genuine focus on business value, an emphasis on technical excellence, test-driven development etc), while persisting with anti-agile behaviours such as outsourcing development, big up-front design, ivory tower architecture and fixed time, scope and budget. Baby steps are great, but there’s an implicit assumption that you take lots of them, instead of a few large ones.

So what does 2008 hold in store? Unfortunately I didn’t get a crystal ball for Christmas, but here are a few guesses and hopes.

Will 2008 really be the year of Erlang? It seems to be building up the same kind of following (amongst many of the same people) that Ruby had 18 months ago, so who knows? It’s an interesting language, but I still find that the syntax grates.

Perhaps this will be the year when everyone finally realises that ‘Web 2.0’ has become so overloaded as to be meaningless. Sadly, even if that happens we’ll probably just see the buzzword bandits start calling something ‘Web 2.1’ or ‘Web 3.0’, so that’s a battle that’s never likely to be won.

Finally, could it be the year of OpenID and OAuth? If it weren’t for my poor security practices when it comes to personal site registrations, I’d have no chance of remembering account details for the myriad sites I’ve registered on, so wider adoption of OpenID would be nice. Similarly, it’s a pain finding and adding friends in yet another ‘social network’ application. I don’t really want to be handing out my GMail password left right and centre, and OAuth would (amongst other things) provide a neat way to request friends lists from other sites (and of course using OpenID would make it easier to identify people). Personally, I’d prefer it if everywhere just exposed my friends list publicly like Twitter does, or at least gave me that option. If they all used XFN, so much the better.

Anyway, I ought to post this while it’s still New Year’s Day. Whatever technologies 2008 has in store, I hope it’s a good year for you.

[…] of a belated New Year’s post. I’m intending to make predictions, unlike my colleagues Kerry and Paul, as they’ve done a grand job with that. Instead, I’m just going to say what I […]

This site uses Akismet to reduce spam. Learn how your comment data is processed.