For those outside the Rails community who have no idea what I’m on about, some people got a bit upset about Rails 2.2 defining Array#second up to Array#tenth, so for example you can call foo.fifth instead of foo[4] (you can already call foo.first instead of foo[0]). One of the last changes to be committed before 2.2 was released was to slim the list down to just second, third, fourth and fifth, but adding Array#forty_two (the ultimate answer) instead. 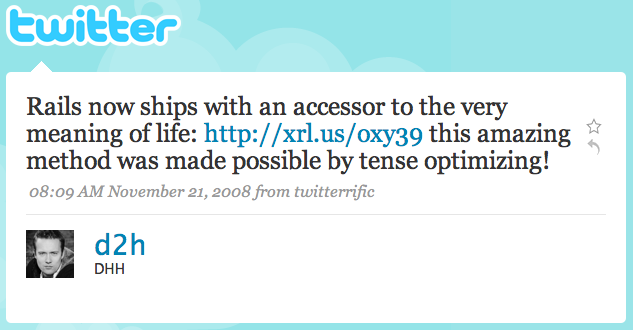 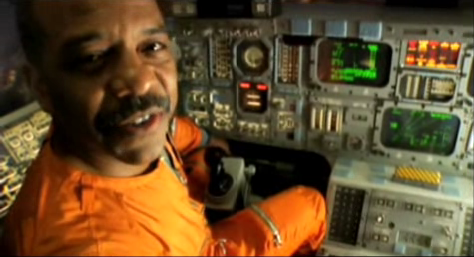 Yeah? and how’s that working out for you?

Probably slightly skewed by the fact that I was doing a git demo yesterday.

From the meme collision department… 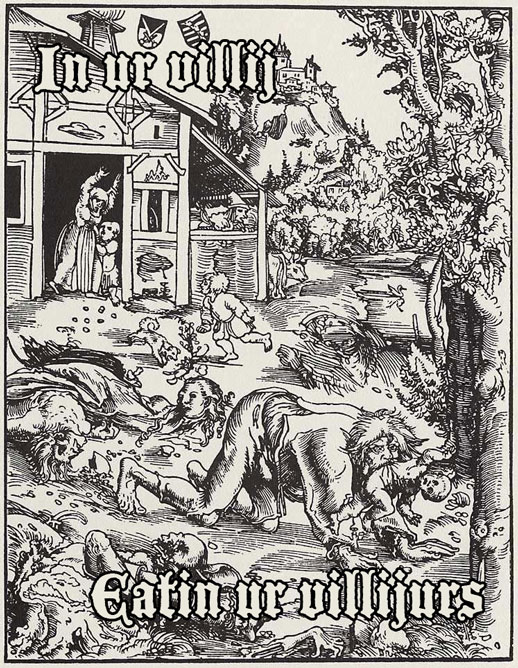 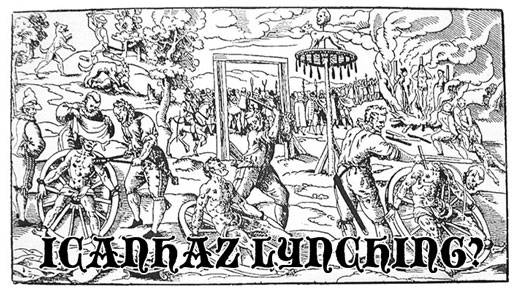 This clip [MP3, 57s] from a Rails Envy podcast made me laugh. It’s referring to Charles Nutter’s recent musings on whether werewolf is killing the conference hackfest.

Incidentally, how often do you get the chance to Google for “nutter werewolf”?

I’d originally intended to present something about BDD, but the slides and demo never really came together so I didn’t really want to inflict them on people who could have gone to a better session. I was going to risk bad karma by not presenting at all (there were plenty of empty slots, so I don’t think I’d have been the only one).

At some point in the early hours of Sunday, trying to sleep in a very warm room where the lights kept randomly coming on, I thought of another idea â€“ could a bunch of us come up with 101 uses for an index card (something I’ve been planning to try myself for a while)? It would be obvious from the title that it was just a bit of fun, but maybe ew might learn something along the way about the techniques that people used which used index cards in some way.

Unfortunately (I like to think purely because I posted the session on the board at lunchtime on Sunday!) only two people turned up, beating my record of four from BarcampBrighton. We did manage to get a third of the way though, coming up with 34 uses:

This from the profile page on Orkut (which is, of course, an international site): 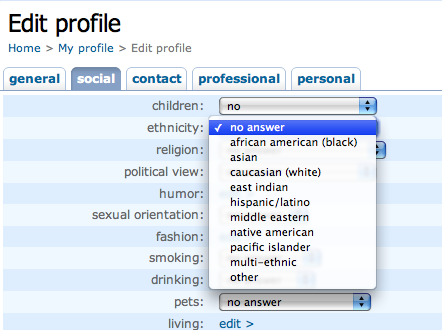 Someone really ought to tell them that African American isn’t a globally-applicable synonym for Black.

Ever wondered what would happen if you mixed lolcats with PostSecret?

Of course you have.

So I was reading Jon’s post about Paul‘s SEO talk at Barcamp Brighton, and thought I’d give the tip for finding incoming links a whirl.

Of all the blog comments about the new iMac, I’m not sure why he chose mine.